By Thumbs Up FoundationOctober 2, 2020In The News

The Thumbs Up Foundation is honoured to support Great West Newspaper’s “Struggling For Hope” 8-part series. Journalist Jennifer Henderson investigates the relationship between the mental health of Albertans and our economy.

Thanks to the network of participating papers in the Thumbs Up sponsored features:

A HUGE thank you to all involved!!

Part 1 -‘It hurts’: Workers grapple with the mental impacts of Alberta’s recession

This is the first part of Struggling for Hope, an eight-part special feature series examining the intersections between economic instability and mental health needs. Read the introduction to the series here.

“I’m dealing with it. I have to be strong for my family. I shut myself into my bedroom sometimes and bawl my eyes out.” 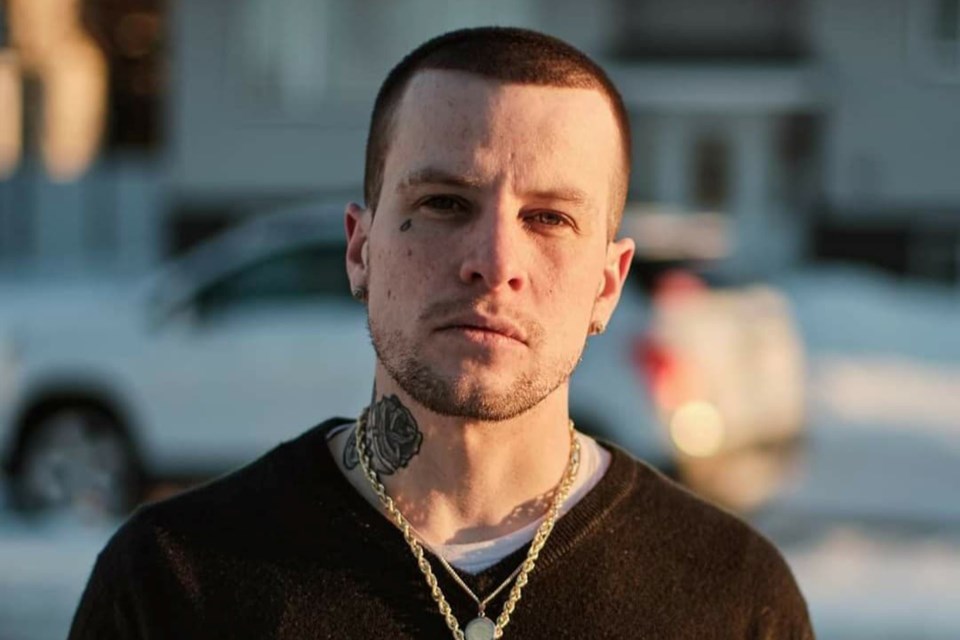 Colin Rankin, a father-of-two in St. Albert, saw his home-based business as an audio engineer fall apart when the pandemic hit. COLIN RANKIN/Photo

Colin Rankin used to run a successful audio engineering business from his home in St. Albert – until COVID-19 hit.

Earlier this year, as artists across the country lost their incomes with the cancellations of events and gatherings, Rankin suddenly saw his business dry up. His customers no longer had the money to get their music professionally engineered.

As the pandemic raged on, Rankin, who has a three-week-old newborn son and a four-year-old stepdaughter, found himself with no money to pay the bills. The audio engineer liquidated his livelihood to keep his family’s head above water, selling $20,000 worth of equipment while he looks for a new job. So far, he has had no luck.

Rankin moved to Alberta four years ago to start a new life after serving a federal prison sentence for armed robbery in New Brunswick. He goes out every day to hand out resumes, but has yet to find meaningful employment. To complicate matters, his criminal record makes it that much harder to secure employment.

“I’m a very, very hard worker. But when people see my tattoos and then they ask for a criminal record check, it just makes it very, very hard,” Rankin said.
“I have to take care of my family. I have no way to make any money. And nobody’s hiring right now.”

As the father-of-two’s employment situation worsened, so did his mental health. Rankin has battled anxiety and depression since he was a teenager, and the stress of finding a job wears on him each day.

“I’m still in shock. Some days, it’s really hard. Some days, I get really agitated with people because I’m so depressed. I’m so angry and I’m tired of being sad that then I start taking it out on people and it sucks,” Rankin said.

Right now, Rankin’s girlfriend is taking care of the family’s bills. He said it hurts that he isn’t able to provide for his family.

“I’m dealing with it. I have to be strong for my family. I shut myself into my bedroom sometimes and bawl my eyes out. I have a little daughter. I have a little boy. Sometimes, my dogs run out of dog food and I have to feed them cat food. It hurts.”

Rankin isn’t alone. Across Canada, 5.5 million workers had their jobs impacted by the economic shutdown, according to Statistics Canada. Alberta, already bruised by the downturn of its oil and gas industry, received a particularly painful pummelling: in May, the province’s unemployment rate hit a high of 15.5 per cent. In August, it still sat at 11.8 per cent. For the past two months, Calgary has topped the charts for unemployment rates country-wide.

Ehsan Latif, economics professor at Thompson Rivers University, said people who lose their jobs typically feel psychological impacts because their work is deeply tied to their self-esteem. A slumping economy drags the mental health of workers down with it.

Anxiety hits people whether they have a job or not: employed people often watch unemployment rates rise and worry their jobs will be the next to go.

“What (the employed) will do is they will try to work more or try to find another job,” Latif explained – many work longer hours or take on extra work to prevent being laid off or let go during a recession, while many others will start preparing their resumes in case they lose their current jobs.

Recessions are even harder on people who are unemployed, Latif said. Studies across the world show a strong link between employment and mental wellbeing.

People with mental health problems are typically the last to benefit when the economy booms and the first to suffer in a downturn, found a 2009 summary report by the Mental Health Commission of Canada.

“The psychological impact of economic crises on individuals and families can easily be compared to the aftermath of a disaster such as Hurricane Katrina – where businesses and jobs were lost and people were forced from their homes,” the report read.

Goodine, who lives on a farm near Carbon, Alta., said he has struggled with depression for most of his adult life. The rodeo athlete works hard to manage his depression, but the impact of COVID-19 on his livelihood has quashed one of the major sources of joy in his life. Almost all rodeo events were cancelled this year.

“I don’t have those highs (from competing), so I just kind of plateaued all year. There’s just no up and no down,” Goodine said. 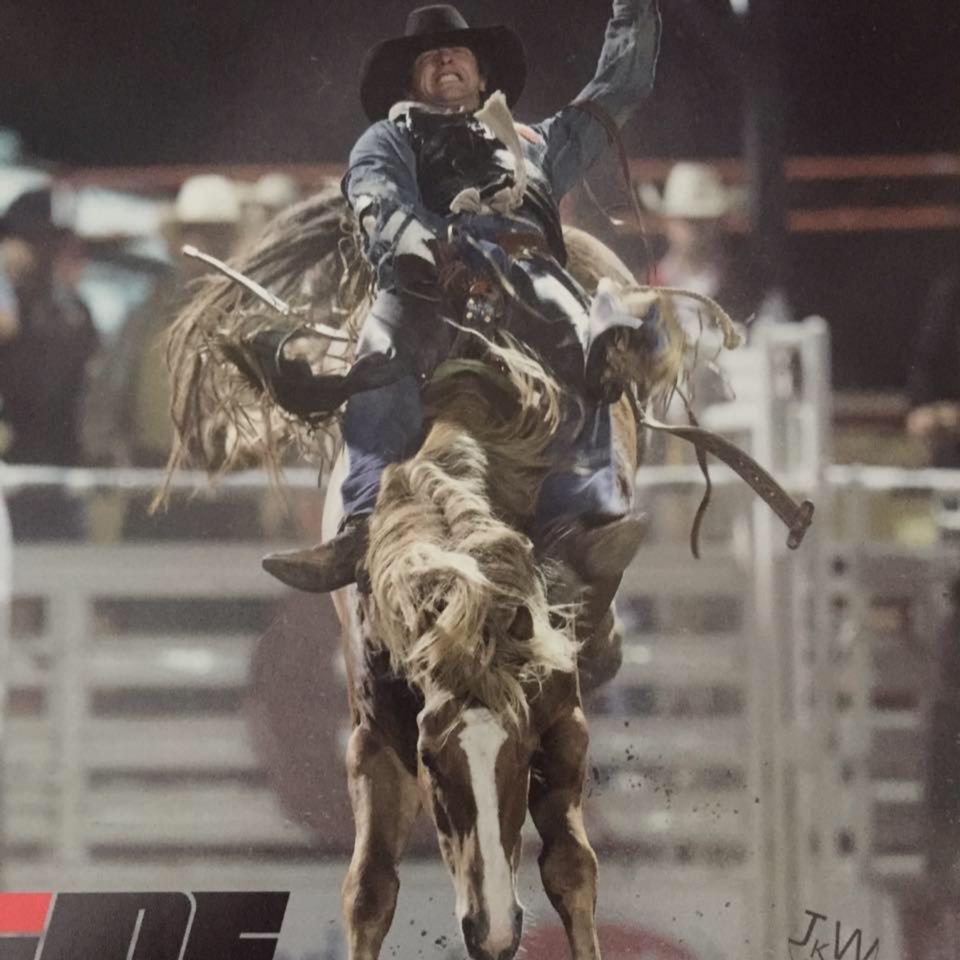 For Goodine, the rodeo was more than just an income generator. It gave him a passion and purpose in life. Now, he spends his weekend at home instead of competing. He is working as a welder during the week, though that’s slowing down too.

Goodine’s experience is common for people living through a recession. Overall, the province’s unemployment rate has significantly impacted levels of depression across all different subsets of society, a study Latif conducted found.

People between the ages of 15 and 24 are most likely (41 per cent) to report symptoms consistent with moderate or severe anxiety, while those aged 65 and older were the least likely to (11 per cent).

That higher level of anxiety among youth reflects findings from another study that highlighted significant concerns about finances, academic disruptions and employment prospects for youth.

During this pandemic, women have been more likely to report higher levels of anxiety than men (21 and 15 per cent, respectively). Keith Dobson, clinical psychology professor at the University of Calgary, said this can be partly related to the fact women have lost their jobs at a higher rate than men since COVID-19 hit.

“Part of that is because women are more likely going to be in service roles than men … and/or office positions, and so a lot of the office positions either were eliminated or were made part-time,” said Dobson, who is also the principal investigator for the Opening Minds program of the Mental Health Commission of Canada, which aims to reduce stigma around mental illness.

Dobson said this contrasts with previous recessions, where men were more likely to lose their jobs due to the economic impact being felt in fields that primarily employ men, such as the oil and gas sector.

Meanwhile, 18 per cent of Canadians increased their alcohol consumption during the pandemic due to stress, boredom, lack of a regular schedule and loneliness, according to an April 2020 survey conducted for the Canadian Centre on Substance Use and Addiction. Six per cent reported increased cannabis use.

Marital distress and domestic violence have also increased since the pandemic began, Dobson said – a common thread for recessions. In Calgary, research through the University of Calgary’s School of Public Policy found a correlation between dropping oil prices and rising calls for help dealing with domestic abuse.

Since the pandemic began, women’s shelters and support centres for people experiencing domestic abuse have reported spikes in calls for service.

While COVID-19 currently threatens the global economy, Alberta is dealing with a multilayered economic crisis. While our response to the pandemic hurt our economy, Alberta has also been struggling to handle a collapse in oil prices.

“In my view, anxiety or stress will be higher in Alberta, because even when COVID-19 is gone, the economy still depends on the oil prices,” Latif said.

Dobson said economic disadvantage is a strong risk factor for any kind of illness, including mental health challenges.

“Any time a person is in a tenuous situation, their health usually goes down. So people in marginalized or limited-income situations definitely are affected,” Dobson said. 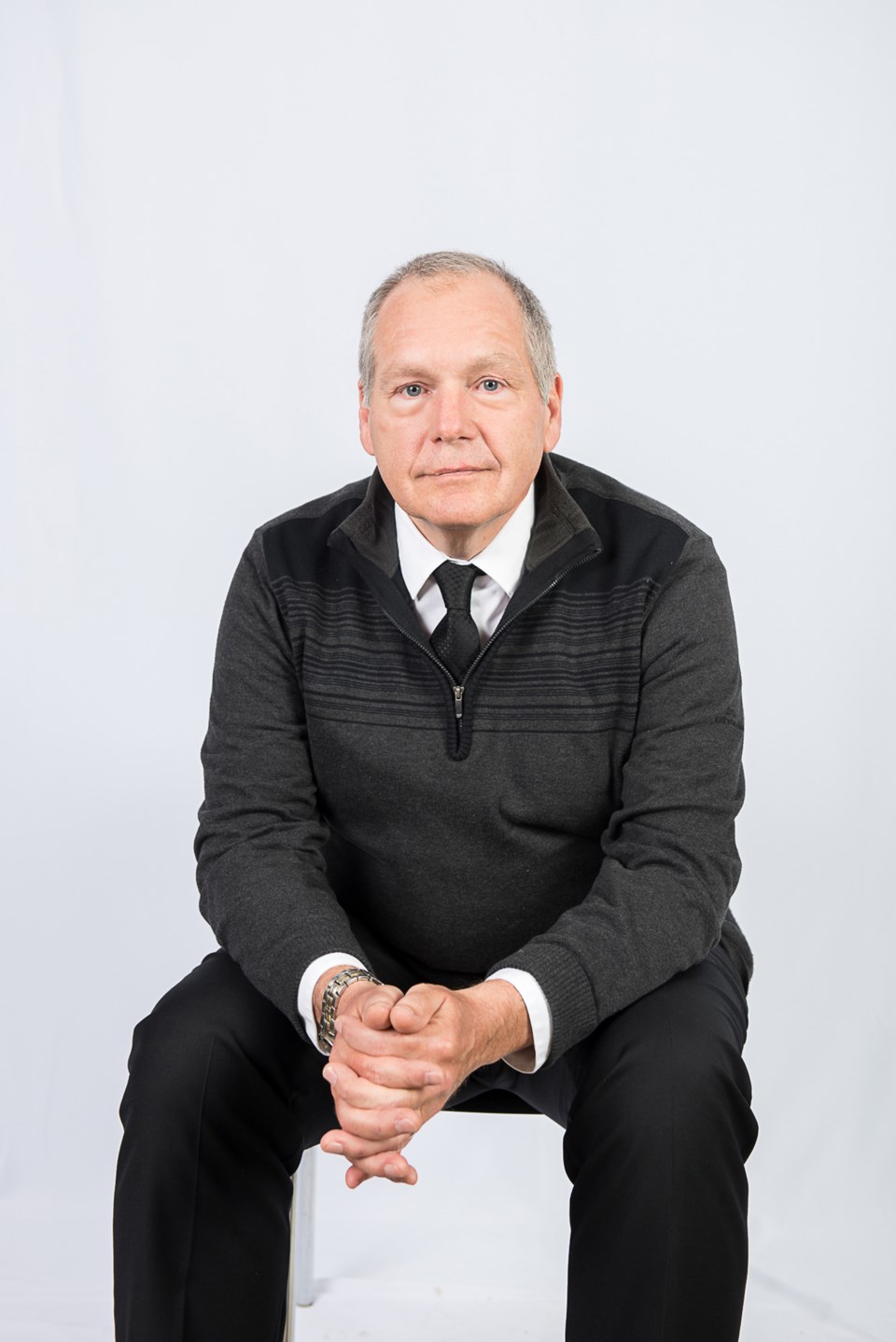 Keith Dobson, clinical psychology professor at the University of Calgary and principal investigator for the Opening Minds program of the Mental Health Commission of Canada, said both anxiety and depression have increased during the pandemic, which is exacerbating the already unmet funding needs for mental health supports across the country. KEITH DOBSON/Photo

Going into the pandemic, Dobson said the Mental Health Commission knew the country was underfunding mental health needs. In 2017, the commission issued a report calling on the federal government to increase funding for mental health.

“Unfortunately, part of what we’re seeing now is really(a) continuation and maybe an exacerbation of some of the things that we’ve seen previously,” he said.

The economic toll of underfunding mental health needs burns a multi-billion-dollar hole in Canada’s pocket. In 2016, the Conference Board of Canada found depression alone costs the Canadian economy about $32.3 billion annually in GDP, while anxiety costs $17.3 billion per year.

That research concluded nearly a quarter of Canadians living with mental illness are unable to work due to their symptoms, and in some cases depression and anxiety prevents people from entering the workforce altogether.

Dobson said these numbers measure the direct costs, including treatment, hospitalization and lost earnings – things that can be tied directly to the disorder. The indirect costs include factors such as underemployment.

“It’s almost impossible to know how much a person would have earned if they didn’t have a condition,” he explained.

Overall, people who suffer from mental health disorders earn less over their lifetimes – those losses are difficult to measure as well, Dobson said.

“We know that some people with mental disorders stigmatize themselves. They choose not to apply for promotions at work, when they’re perfectly capable and perfectly well-qualified. Because of their own sense of self-esteem or inability, they might not (take) that opportunity. So that’s an opportunity they lose, which you could never measure,” he said.

On top of reduced opportunities, people who suffer from mental illness face reduced education, reduced employment and are more likely to be isolated and not have social contact, he added.

One key to supporting people who suffer from mental health issues is early intervention.

“The earlier you can identify people who are struggling, provide them with care – appropriate care and services, and adequate care for the longer term … You can change that trajectory,” said Dobson.

But in Canada, with provinces running their own health care systems, broad country-wide policy changes are a challenge.

Mental health tends to be one of the underfunded parts of every provincial health care system, though Dobson said Alberta has a higher funding rate than other provinces.

“But even here, we know that it’s not adequate. It doesn’t meet anywhere near the unmet need.”

Estimates show that around 7.5 million people in Canada had mental health problems prior to the pandemic. That’s nowhere near the number of people who are accessing mental health services, Dobson said – that rate has probably doubled due to COVID-19.

While humans are resilient, he added there is a risk of a “downward cycle” associated with mental illness.

“I think as people become hopeless, helpless, they tend to try less or try to sometimes even give up – so you can definitely see a downward spiral. But I think once you give people an opportunity, and they can see their way out, they often will take those opportunities and run with them.”